MENU
Jump To:
Get The Full Report

Executive Investors Have a Lot in Common No Matter their Gender

From confidence in financial acumen, time constraints and lifestyle goals, high-net-worth primary breadwinners – both women and men – have a lot in common.
Learn what these investors value.

What executive Investors Value Most

Our research indicated that while there were some variances among executives by gender and age, for the most part, this cohort is quite similar. They are very much engaged in the wealth management process and share similar views on a variety of lifestyle attributes.

#1 High Levels of confidence about finance and investmentS

Respondents were confident in their financial and investment acumen as measured by a variety of inputs.

When asked to rank themselves on a scale of 1-10 in financial confidence, wealth creators rated themselves above average on eight financial activities.

Lifestyle was an important consideration in the wealth management experience of HNW primary breadwinners. 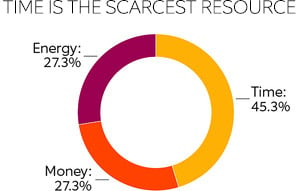 Investing for lifestyle is a top priority

When considering investment performance, achieving lifestyle goals ranked nearly as high as beating market returns and generating steady income as an indicator of strong performance. Among their essential financial objectives, 21% of wealth creators said they want to minimize work and maximize their purpose.

The survey asked: “When you think about your investment portfolio, which of the following would indicate strong performance?

Wealth creators contribute 82% of the household income. One in four (24.5%) are the sole contributor with men’s average contribution being 87% vs 76% for women. 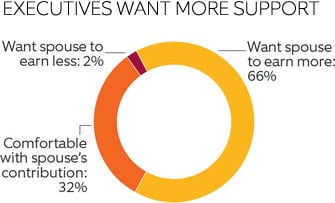 These HNW primary breadwinners told us that they are taking on more household duties than their partners.

DIY
43% of HNW primary breadwinners feel if they want something done right, they have to do it themselves.

Most HNW primary breadwinners reported assuming more responsibility than their partner on every household function.

Executives were asked whether they could relate to a variety of statements about responsibilities at work and home. Here are some highlights.

HOW EXECUTIVE WOMEN ARE DIFFERENT AND WHY IT MATTERS

Go to the next section
Get the Full Report

FlexShares offers an array of ETFs, designed for all types of investors. Visit our website to learn more.

Read more of our unique insights on other investment and advisor topics in our Insights section.

Before investing, carefully consider the FlexShares investment objectives, risks, charges expenses. This and other information is in the prospectus and a summary prospectus, copies of which may be obtained by visiting www.flexshares.com. Read the prospectus carefully before you

Please remember that all investments carry some level of risk, including the potential loss of principal invested. They do not typically grow at an even rate of return and may experience negative growth. As with any type of portfolio structuring, attempting to reduce risk and increase return could, at certain times, unintentionally reduce returns.